EQness is led by Dr. Olga-Lucia Gamboa Arana with the goal to support people’s mental and emotional well-being using practical tools based on state-of-the-art research findings.

Dr. Olga-Lucia Gamboa Arana is a Cognitive Neuroscientist, Acceptance and Commitment Therapy Coach, Mindfulness and Dance teacher with a Master’s degree in Psychopathology, Clinical Intervention and Health, and a specialization in emotional education.

She started as a physicist who got really interested in understanding human emotions and their consequences.

Why? Because the laws of physics and the laws of the human mind and heart are so different!

That curiosity drove her to get a Ph.D. in Neuroscience and then to study Psychology. She got a specialization in emotional education and stress management, became a teacher of Mindfulness and Self Compassion (MSC), and a Life Coach.

Later, she got certified as a teacher of mindful eating (MB-EAT program) and got trained in Acceptance and Commitment Therapy and recently she completed  a master’s degree in Psychopathology, Clinical intervention, and Health.

Research-wise, her main field of study has been brain plasticity, having more than 13 years of experience working with non-invasive brain stimulation (NIBS) methods combined with Neuroimaging such as electroencephalography (EEG) and fMRI.

During her research, she has worked on projects investigating the improvement of brain functioning, the Neurophysiology of anxiety, working memory, reward processes, motion perception, and Intentional Forgetting.

In her personal research project, she used different methodologies to investigate how people voluntarily forget or suppress their thoughts.

Currently, she works as a researcher at the University of Sydney, and collaborate on different projects with the following universities:

Scientific Publications
This is a list of publications by Dr. Gamboa Arana relevant to the topic of wellbeing, mental and brain health.
Mindfulness & Health
Brain Plasticity (non-invasive brain stimulation) 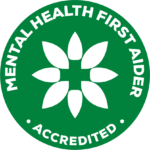